Social projects
ENAiKOON is committed to a variety of different charitable projects.
An example of one of their social projects took place with a primary school in Berlin where ENAiKOON’s headquarters are located.

Open-source app Keypad- Mapper 3 to allocate housenumbers into OSM
Keypasd Mapper 3 is an android app that specialises in designating house-numbers and addresses into Open Street Map. This is a further development of keypadmapper 2, which was based off a program written by Noc Roets in 2010. In Febuary 2013, ENAiKOON released the new Keypad Mapper 3 to the OSM community and all other interested parties. The app can be downloaded from Google Play, as an apk file or even read through a QR code.
Download Google Play
Direct Download

The source code is available on Github.
Download Github 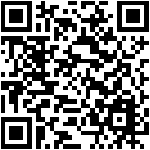 More detailed information about the improvements of the previous versions can be found in the OSM wiki and here.


Presentation at the FOSSGIS 2013


On June 13th, 2013, the new version of Keypad Mapper 3 was officially unvieled at FOSSGIS 2013 in Jona-Rapperswil, Switzerland.


Hendrik Zeider is a dedicated geography teacher at a primary school in Berlin’s Prenzlauer Berg district. Mr. Zeider and his fourth graders had already been experimenting with geodata with the use of GPS devices, collecting and uploading the data onto Google Earth. It was Mr. Zeider who approached ENAiKOON for support in acquiring technical equipment for similar projects in the future. In exchange for the equipment, ENAiKOON was able to convince Mr. Zeider to work together in supporting the OpenStreetMap project.

During a project week at the school in April 2010, around 15 students of various ages mapped a confined area of Berlin and processed the data they collected. Points of interest (POIs) and trails were recorded and the newly acquired data was uploaded and labelled in OpenStreetMap. The project introduced the children to new technologies and increased their interest in their immediate surroundings. The organisation and execution of this project was described in the OpenStreetMap wiki in order to encourage and help guide other teachers and students on how to participate on the project. ENAiKOON continues to support them by organising and funding this project, providing supportive hardware (GPS devices, mobile phones, cameras, PCs, etc.) for 15 different teams at the school. 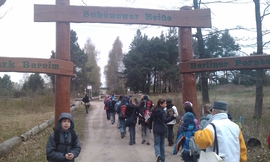